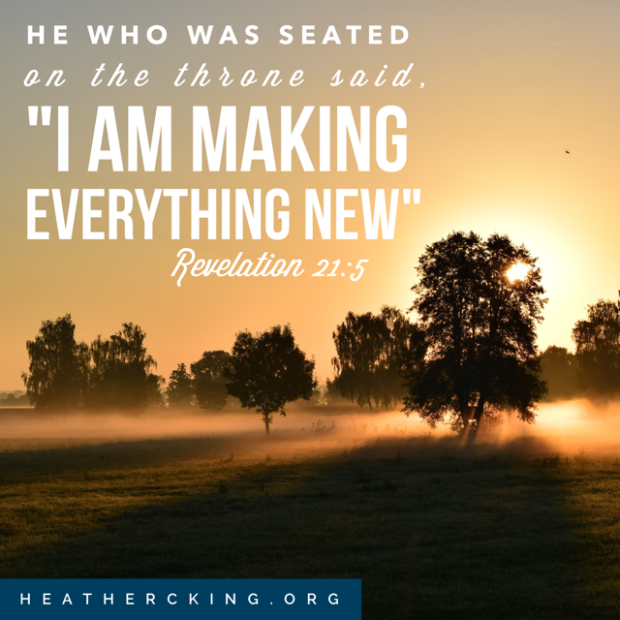 Last year, we bought a new minivan while my daughters were away at summer camp.

We hauled all their luggage out to the parking lot on pickup day, and they stood there scanning the rows of vehicles wondering where in the world I parked.

Even when I opened the back door of our new van and told them to load up, they still didn’t understand. One of them asked if I had rented a van just to come pick them up.

It  was quite the surprise.

But now that one surprise has destroyed my kids’ abilities to gauge how excited they should be for any of my surprises.

Sometimes,  by “surprise” I just mean it’s National Doughnut Day and we’re going to Krispy Kreme for some hot doughnuts.  That’s a wonderful treat—-unless you’re expecting something more along the lines of a new car…or Disney World…or something like that

This year when I picked my girls up from  camp, my youngest daughter asked me if  I’d bought a new car again while they were away?  Or maybe a dog?

So, the ice cream cookie sandwiches I had actually bought didn’t quite measure up.

We’re not really a family that loves surprises of any kind.  (Actually, I hate surprises. So, why should I expect my kids to love them?)  But I am slowly learning that if we do have a surprise  we should package it with some expectation boundaries.

Something like:  Okay,  we have  a surprise for you.  It’s not a Disney World surprise, more like a local, nice surprise that you haven’t tried before and also it’s not  a puppy or a car.

We’re managing expectations with birthdays a bit, too.  It goes  like this:

Child:  Well, there is one thing….

Mom:  Something that isn’t a dog.

Child:   Oh.  Right.  Well, how about a camera and some craft supplies?

Mom:  I’ll write those down.

I  read again today the account of Thomas the disciple, who needed to  see Jesus’s scars in order  to believe He was alive following t he crucifixion.

But there’s another moment  with Thomas in the Gospels that I love.  Before Jesus died,  just as tensions were rising and the disciples sensed the growing enmity of the religious leaders,  Jesus announced he was going to Judea again–right into the thick of the conflict and the trouble.

Lazarus had died,  and Jesus intended to be with the family.  The  disciples didn’t understand why Jesus would put himself  in danger, but we know why:  His purpose was resurrection for the glory of God.

I love how Thomas was ready to die for Jesus.

“What a strange mix of loyalty and pessimism. Oddly enough, Thomas never doubted Christ would die. He doubted the most important part of all–that He would rise from the  dead and live again!” (Living Beyond Yourself).

Thomas expected Jesus to die.   He had no trouble expecting the worst.

But He didn’t expect Jesus’s resurrection.

Isn’t that me sometimes?

In a season of loss, I can begin to expect more loss.  I expect to barely scrape through and survive the mess or the famine.

When there is bad news, I begin to expect more bad news.  More sadness.

I’m so deeply grateful that God is a God of abundance. he does so much more than meet my meager, miserly expectations.

I can never expect Jesus to  give me everything I want or ask for.  He loves me too much for that.

But I can expect this:

His goodness in all things.

His sweetness in the midst of the best and worst of times.

His presence with me at all times.

This resurrection work is what He is doing now, and it will be His ultimate work in creation,  building an eternal kingdom with no sin or death or pain, transforming all that is dead in this world into the perfection of eternal heaven.

Then the one seated on the throne said, “Look, I am making everything new.”  (Revelation 21:5 CSB).