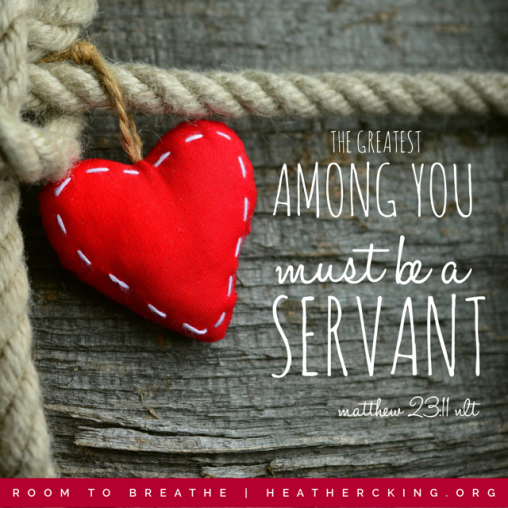 Funerals for dear friends who succumbed to cancer and funerals for young grandsons and sons , funerals after long-and-exhausting illnesses, funerals for unexpected death, and shocking funerals that remind a whole community of evil in the world– it feels like our church has had its share of sadness and hard losses in the last few years.

While we’re upstairs in the sanctuary, remembering loved ones, telling stories, singing hymns, and being reminded of eternal life in Jesus Christ, there’s this other truly beautiful thing happening downstairs.

The kitchen is abuzz.

Tables are set out and a team of people flit in and out of that kitchen carrying bowls and choosing the right serving spoons.  They cut up fruit and place sandwiches on trays.  They fill pitchers of water and tea and boil large pots of soup.

They are so faithful.  Funeral after funeral, they quietly set out the food and clean up the dishes. They work before most of us arrive and stay after most of us have left.

But it’s also “just” loving others with self-sacrificing compassion.  These are humble acts, solely motivated by a desire to give.  No one is handing out trophies in the kitchen.

So, I marvel at these faithful few and I learn from them about what it means to live out my faith with obedience to Jesus.

Loving God well does not require degrees or ministry platforms.  It doesn’t require arenas or microphones.  It doesn’t even require being seen by most others around us.

When Jesus finished  rubbing off the grime on the disciples’ feet at their Passover  meal, He said:

If I then, the Lord and the Teacher, washed your feet, you also ought to wash one another’s feet (John 13:14 NASB).

We Christians are supposed to be feet-washers.

Have this attitude in yourselves which was also in Christ Jesus, 6 who, although He existed in the form of God, did not regard equality with God a thing to be grasped, 7 but emptied Himself, taking the form of a bond-servant, and being made in the likeness of men. 8 Being found in appearance as a man, He humbled Himself by becoming obedient to the point of death, even death on a cross.(Philippians 2:5-8 NASB).

It doesn’t mean, of course, that we all have to crowd into a kitchen and serve up meals to  mourners at funerals.  We couldn’t possibly.  I, for one, would probably make a terrible mess of it.

But I can serve.

My faith in Christ is best expressed in service, in kindness, in gentleness, in giving, in  humility, in compassion, in rolling up my sleeves and getting dirty.

In Acts 28, Paul lands on the isle of Malta.  He’d been a prisoner on a ship bound for Rome on treacherous seas.  The sailors fought the storms for more than two weeks, throwing their provisions overboard, leaving them hungry, exhausted, wet, and terrified.

But Paul assured them that God would keep them safe, and that’s exactly what God did.  He washed them up on the shore of this island, where the natives showed them “extraordinary kindness.”

Then, Scripture tells us:

But when Paul had gathered a bundle of sticks and laid them on the fire, a viper came out because of the heat and fastened itself on his hand (Acts 28:3 NASB).

In his book The Practice of Godliness, Jerry Bridges says this:

Under the adverse circumstances of shipwreck, why would Paul have gone about gathering fuel for a fire built and tended by someone else?  Why didn’t he just stand by the fire and warm himself?  He didn’t because it was his character to serve (see Acts 20:33-35; 1 Thessalonians 2:7-9).

Paul was like everyone else: Lost and then saved, probably sopping wet, weary, and hungry.  Paul had every reason to  collapse near the fire and let others tend to his needs.

But instead, he gathered sticks and laid them on the fire.  He did the work.  He served.

Jerry Bridges suggests that “it was his character to serve.”

Paul’s spiritual gifts were probably evangelism and preaching/teaching, not so much compassion, giving, and service.  Yet, here Paul is tending a fire because we are all called to serve like Jesus, to be humble like Jesus, to love others like Jesus.  This is the way we live out radical faith in Him.

May these words be said of me and may they be said of any of us who want so much to be like Jesus: “It’s our character to serve. “