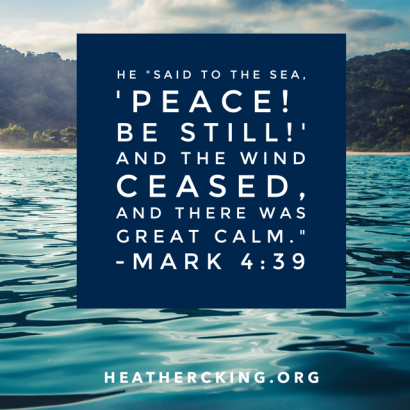 His oldest sister hops in the minivan at the end of the school day and pulls out her recorder for some practice time.

He hears one note, just one note, and he slips his finger up to his lips and says, “Shhhh.  Pease stop it.”  Then he tosses a look her way that commands attention even if he is 8 years younger than she is.

Someone dares to sing along with the radio in the car?

Oh no!  Noise violation. Cited by the noise police.

This toddler will immediately tell you to “Pease stop it.  PEASE stop it.”  And he’ll repeat that message louder and louder until all such violators refrain from singing.

It doesn’t matter if you’re off-key or if you’re a Broadway superstar, if you’re singing, he’s going to ask you to stop.

He shouts for car alarms to “Pease stop it” in the Wal-Mart parking lot and he commands that construction sounds cease when he hears saws and hammers.

This tiny powerhouse assumes that all noise is within his power to control.  He expects instant silence when he says the magic phrase.

At the sound of “Pease stop it” all noise must end.

Of course, it very rarely works that way, which my son doesn’t appreciate.

His sisters insist on singing or talking or playing.

He can say “Pease stop it” all he wants; it doesn’t mean anything truly stops at all.

But I appreciate his effort.  I understand the desire.

Haven’t I shouted “Please stop it” myself  more than a few times when I wanted that conflict with someone else to end….or that situation to finally be resolved?

When I felt tossed around by circumstances out of my control and I just wanted quiet and calm already, no more noisy turmoil and roar of turbulence and strife, I wanted to yell, “Please stop!  Stop the relentless confusion or hurt or tension or stress or uncertainty!”

Yet, even when my greatest efforts at control fail, Jesus can speak the Word.  He can demand that the storm “be still” and it must obey.

He speaks and that is enough.

In Luke 8, I read how he calmed that stormy sea and how the winds and the waves obeyed his command.

But in that same chapter, I read how he calmed a different kind of storm, not just the physical tempest, not actual winds and actual waves, not circumstances that threaten to drown us.

He calmed the storm within.

With the sea now peaceful, the disciples crossed to the other side, where Jesus found a man possessed by demons who ran naked among the tombs and could not be contained by human chains.

Jesus “commanded the unclean spirit to come out of the man” and at that Word, the man was redeemed and restored (Luke 8:29 ESV).

“I love that the stories of Jesus calming the storm and Jesus freeing the demoniac are back-to-back.  Whether a storm is raging in outside circumstances or inside your heart, when Jesus speaks to it, that storm has to obey.”

Jesus calmed them both, back-to-back, by the power of His Word.

I am surely weary of wrestling with the ropes on a storm-tossed ship.  I’ve tried everything to calm the wind and waves on my own, every tool, every trick, every skill within my expertise.

I’ve shouted, “Pease stop it!”  but the storm still storms.

Yet, this is what I know.

It’s true about the stress and uncertainty, the doubt, the depression, the anxiety and worry, the fear and the desperate need to control what we face within.

It’s true in the relational conflicts and interpersonal fights, the financial shortfalls, the job stresses, and the health scares that we face without.

Whether we face storms internally or externally, when Jesus declares, “Peace” the noise will end.

But in the meantime, I choose faith because I am never too far for Him to rescue me.  No circumstances are beyond His ability to control.

Somehow just the reminder that He is the Word and that His Word is all that is needed to rescue me gives me rest even before the storm ceases and even before the noise ends.

2 thoughts on “My Son, The Noise Police”