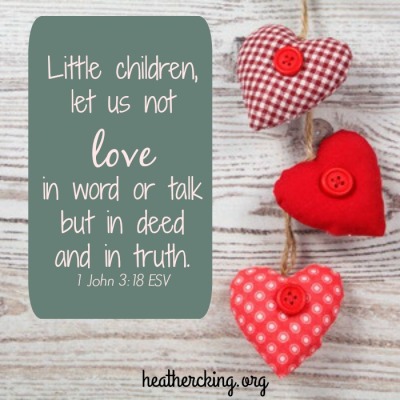 I surveyed the possible outfits and an empty suitcase.

I hovered a hand over the teal scarf, pulled it away and then reached for my favorite top and jacket…pulled my hand away again and flopped back onto my bed in defeat.

I was heading to my first writer’s conference where there’d be thousands of women, most of whom I was sure would be perfectly coiffed and fashionably dressed in matching high heels and handbags.

They’d probably have cute haircuts with tons of highlights.

They’d have dangly earrings and other bling.

I was in way over my head and I had outfit-picking paralysis.

It was a crisis moment for me.  Yes, a crisis over scarves and skirts.  Suddenly I wasn’t worrying about fashion.

I was stressing over not belonging.  I was worrying about the expense and the time and whether it was worth it. What if I was just fooling myself about this whole writing thing and this was a complete waste?!

I feared failure and laid out the question again and again to God, “What is it you want me to do?”

And then….the follow-up questions, “Does it have to be this hard?  Can’t we take the easy way?  The one where I get to stay home in jeans and sneakers?”

I opened up Facebook to avoid making decisions about what to pack in that suitcase.

That’s when I opened up the message.

A writer I’d never met, but who was also going to the conference, wrote me a note.

She told me not to worry about my outfits.  How I could just be myself.  I didn’t need highlights in my hair or lipstick or high-heeled shoes.

She told me Satan attacks before the conference so be ready and stand strong in the Lord.

She told me not to fret over my calling, not to feel like I have to fight or make things happen and not to feel for a moment that it all depends on me.  God could do the work.  All I needed to do was show up in obedience.

She obeyed God’s prompting, and she blessed me because she was obedient, speaking words of encouragement to me just when I needed them.

I read in Acts a powerful story of the church’s impact:

But Jews came from Antioch and Iconium, and having persuaded the crowds, they stoned Paul and dragged him out of the city, supposing that he was dead.  But when the disciples gathered about him, he rose up and entered the city, and on the next day he went on with Barnabas to Derbe (Acts 14:19-20 ESV).

It’s a two-verse miracle.  A little encounter, barely noticeable in the book of Acts, but a miracle nonetheless.

Paul is stoned, dragged outside the city and left for dead–not just seriously injured or barely alive.

They thought he was already a corpse.

But then….the disciples gathered about him, and Paul stood up, walked back into the city, and went on another journey the very next day.

He didn’t even need a week to fully recover.

Maybe the disciples prayed for him.  Perhaps they gathered so they could plan how to bury him. The Bible doesn’t fill us in on the details.

All it says is that in the moment he was broken, they gathered around him and he had new strength.

They could have left Paul there as a hopeless case.

They could have been busy, forgetful or too focused on their own problems to care.

They could have feared being stoned themselves.

No, they gathered around the wounded one, and God performed a miracle.

God works miracles of healing through His people when we choose to love another.

I feel the challenge.

If Paul were stoned today, would I choose to gather around him?

Or am I too busy, too self-protective, too self-focused, too self-indulgent, too self-seeking, too prideful, too forgetful…..to minister to one in need?

And what if it hadn’t been Paul, a leader in the church?  What if it was the smallest of the small who’d been stoned and left for dead?

Would I still take the time?

We love others with Christ’s love when we choose compassion over comfort.

We love like Jesus when we reach out instead of draw in.

That day as I flopped back in my bed in frustrated annoyance and insecurity, a  woman I didn’t know ‘gathered’ around me.

She had her own bags to pack.  Her own plans to finalize.  Her own life to manage.

But she reached out to me with kindness, and God moved.

How can we show someone that love today?

(Just a note that Luke wrote about this miracle in the book of Acts, and as a physician he seems very careful to say that Paul appeared dead or seemed dead.  He does not claim that Paul actually was raised from the dead, only that he seemed dead for a moment and then got up, walked into the city, and was recovered enough for a journey the next day.  Still a miracle–but a miracle of healing, not resurrection.)