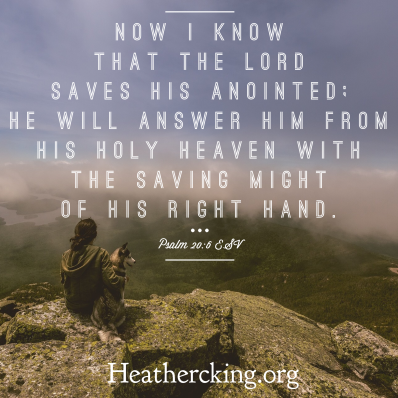 For the record, I’ve never forgotten one of my kids at a store or anything.

But there was the time I left a child in the minivan.

When my youngest daughter was about four, she used to run into the house as soon as we got home and then hide behind the curtains.

She always hid in the same place.

She always thought she was both hilarious and amazingly creative for hiding in that same exact place.

And then when we’d all load out of the minivan and step into the kitchen, she’d jump out and ‘surprise’ us.

Only that night, I shut the minivan door and trudged into the house with my arms loaded down with stuff, stuff and more stuff after an evening at church.

Well, isn’t she hiding behind the curtains like she always is?  Why hasn’t she jumped out to surprise us yet?

Actually, no, she was still in the minivan.

She never climbed out and never made any noise about it, so we’d left her locked inside alone and in the dark.

Not one of my prize Mom moments, I’ll admit.

My husband carried our baby girl in and she cried for a bit over feeling lost and forgotten and even a little afraid.  She wasn’t traumatized, though, (God’s grace right there!) and I’m not even sure if she remembers it ever happened.

We’re slow to forget mistakes and easily traumatized by our own failures.

But I can still see her now, arms wrapped around Daddy’s neck, face buried in his shoulder, leaning into him in gratitude and relief because he had remembered her and he had come for her in the dark and carried her out of loneliness into a place of safety.

This week I read in my Bible:

But God remembered Noah and all the beasts and all the livestock that were with him in the ark. And God made a wind blow over the earth, and the waters subsided (Genesis 8:1 ESV).

All those nights shut up in the smelly ark, rocked about by the ever-present water, Noah may have felt forgotten, abandoned, trapped, and left to rot away from mildew and a bad case of cabin fever.

Maybe we’ve felt like God didn’t hear us, wasn’t aware of what we’re going through, wasn’t paying attention, and had simply forgotten us right in the moment of our greatest need.

The Israelites probably felt that same way, sweating and groaning their way through hundreds of years in Egyptian slavery.

It’s clear that they weren’t silent sufferers, either.  Instead, “the people of Israel groaned because of their slavery and cried out for help” (Exodus 2:23).

“And God heard their groaning, and God remembered his covenant with Abraham, with Isaac, and with Jacob. God saw the people of Israel—and God knew.   (Exodus 2:24-25, ESV).

God remembered them, too.

I love how the Message breaks this down:

God listened to their groanings.
God remembered his covenant with Abraham, with Isaac, and with Jacob.
God saw what was going on with Israel.
God understood (Exodus 2:24-25, MSG).

When Scripture tells us God remembers, it doesn’t mean He ever truly forgot us.  It’s not like He had a case of temporary amnesia or couldn’t recall our name or lost track of our plight.

Or left us behind in the minivan.

When God remembers, it’s a sign in Scripture that this is the moment He’ll reveal His activity.  It’s the moment when everything God had been doing in the hidden places is clear and revealed and brought to the light.

Now it’s time for God to be on the move.

He orders the waters on the earth to recede so Noah and his family could step out of that ark onto dry ground.

He calls Moses from a burning bush and tells him to go lead Israel out of Egypt.

So, we can hold fast to this same truth as we groan in our own need, whether it be the annoyance of a daily stress, the repentance over a habitual sin, or the hardest of life’s challenges.

God hears us.  God remembers His promises to us.  God sees us.  God understands.

And then He rescues.

Now I know that the Lord saves His anointed; He will answer him from his holy heaven with the saving might of His right hand” (Psalm 20:6, ESV).

7 thoughts on “We are not forgotten”