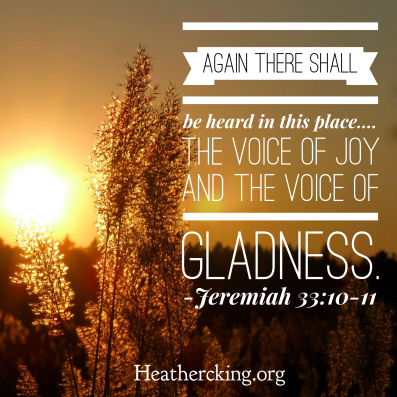 She bawled uncontrollably at the tragic news.

I assured her: You will have parties to attend.  You will receive invitations.  Your social life has not collapsed, bit the dust, or ended in ruin at the ripe old age of five.

You will be the one bringing home the party invitation soon.  It will happen to you.  Moms know these things.  We’re smart that way.

Meanwhile, she screamed with one long Lucy Ricardo-style wail at the total hopelessness of the situation.

As a mom, I know I should feel this deep compassion for her tiny broken heart, but really, I hid my smile behind the folder of school papers she handed me.

Five-year-old drama can be so amusing.

I sent her on her way to wash her face and to overcome her despair.  Then I opened up the yellow folder and sorted through all of the projects and worksheets.

God sure can act quickly when He has the mind to.

I carried that invitation right over to my still-tearful child and I taught her right there:  Didn’t Momma promise?  Didn’t I say to have hope?

But I tuck this truth deep down in my own heart because sometimes I’m a five-year-old child wailing about a party invitation.

Oh, the crises get bigger with time.  My own adult life has trials and traumas of its own, but my reaction hasn’t altered so much with ‘maturity.’

I have grown-up ways of jumping headfirst into hopelessness instead of bringing my needs to the God of Hope.

We cling so often to the promise in Scripture:

For I know the plans I have for you,” declares the Lord, “plans to prosper you and not to harm you, plans to give you hope and a future (Jeremiah 29:11 NIV).

But we miss out on so much in this verse if we overlook what was happening to God’s people when Jeremiah was writing this promise.

They weren’t headed into victory or into a promised land of rest and blessing.

God was declaring a season of enemy siege that would lead to utter famine, a time when they’d be tempted to eat the flesh of their own dead children.

God told His people that Jerusalem’s walls would be crushed and the Babylonian enemy would drag them off to a foreign land where they could no longer worship in the temple.

This was more than a childish meltdown about a birthday party.

This truly was desolation and despair.  It was the ugly of life at its ugliest.

And yet, here still God’s mercy covers all.

God tells His people, “Yes, it looks bad.  It’s going to hurt.  Discipline does that.  But I don’t have plans to harm you.  I have a hope and a future for you even as you face captivity and exile.”

He would never abandon them.

God’s mercy shines even in the darkest places.

“After seventy years are completed at Babylon, I will visit you and perform My good word toward you, and cause you to return to this place”  (Jeremiah 29:10 NKJV).

“Behold I will bring it health and healing; I will heal them and reveal to them the abundance of peace and truth.  And I will cause the captives of Judah and the captives of Israel to return, and will rebuild those places as at the first. (Jeremiah 33:6-7 NKJV).

More than that, God assured His people:

‘In those days and at that time
I will cause to grow up to David
A Branch of righteousness;
He shall execute judgment and righteousness in the earth. (Jeremiah 33:15 NKJV).

Oh yes, He’d send the Savior.  The Messiah would come and rescue them indeed.

God’s promise to them wasn’t “if…”

“If you make it out of captivity….”

“If you don’t all die off or get subsumed in the foreign culture while in exile….”

Gods promise was “When” and it was “I Will.”

And this is why we hold on in the dark, in the trials, in the moments we can’t see what God is doing, because God doesn’t abandon His people.

He does and He will.