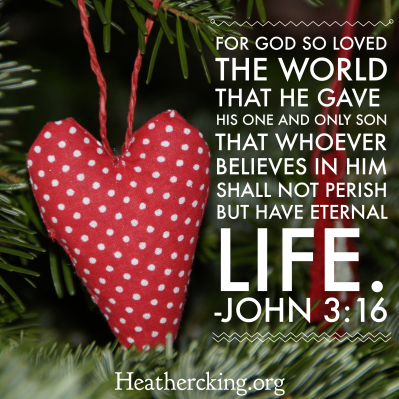 I cried when I read the story for the first time.

Then I cried when I told it to our church choir.

And I cried when I wrote about it.

After decades of marriage, McQuilkin’s wife, Muriel, was diagnosed with Alzheimer’s.

Since she’d always loved art, her husband took her on a trip to London, hoping she’d enjoy seeing her favorite paintings in person—maybe for the last time she’d ever be able to truly appreciate them.

On the flight, whenever Muriel had to use the restroom, Dr. McQuilkin had to squeeze into the airplane’s bathroom with her (despite the embarrassingly critical looks from the other passengers).

Then, after all that effort, when they arrived at the museum, Muriel had one of her ‘bad days.’  She breezed passed her favorite art without even really seeing it.  They beauty and significance of it made no impression on her.

As they waited in the airport for the trip home, Muriel grew nervous and restless.  She hopped from seat to seat with her husband following along quietly behind her.  Yet, she kept returning to one particular chair next to a woman whose attire and demeanor said “all-business.”

Of all the people for his wife to hover around, she would choose someone who didn’t look like she’d appreciate being disturbed.

But as they boarded the plane, Dr. McQuilkin heard the stranger murmur something. Thinking she was talking to him, he asked her to repeat it.

Back home, they settled into something of a routine. Since their house was on campus, his wife would often wander out of her home to look for her husband.  She wanted to be near him always.  His presence calmed her.

But on the day Dr. McQuilkin walked her home from his office and saw her bloodied feet because she forgot to wear shoes before crossing the graveled path to look for him, he wrote his resignation letter.

Instead of running a respected university, he devotedly tended to the love of his life without regret.  Oh, such love.

Dr. McQuilkin said, “The decision to come to Columbia was the most difficult I have had to make; the decision to leave 22 years later, though painful, was one of the easiest.  The decision was made, in a way, 42 years ago when I promised to care for Muriel ‘in sickness and in health….till death do us part.”

We’re told to demand our own needs be met.  We’re to look out for ourselves, stand up for #1.

But here we see it, love in action, love poured out in sacrifice every single day.  It didn’t just mean giving up a career.  It meant the humbling work of a caregiver, cleaning up the mess and doing the lowest and ugliest tasks with gentleness and compassion.

Yet, we have known love like this and so much more: self-sacrificing, extravagant, astonishing love.

At Christmas, we remember that God Himself left more than a prestigious career for us—He left heaven itself—to come low as a baby in a cave, born among animals and cradled in straw, in order to live and to die because we needed rescue.

…emptied himself, by taking the form of a servant, being born in the likeness of men (Philippians 2:7 ESV).

This is the love God has for us.

Jesus emptied Himself of glory because He loved us so.  He came small and low.  He came bloody and weak.

He lived poor.  He walked humbly.

He stepped into our mess and, fully aware of our sin and unworthiness, He died painfully.

Then He rose powerfully.

All because He loved us.

Can we fathom it?

How can we go on living like we haven’t known such love?

That’s how we act when we think everything depends on us and we’re all on our own down here.

But when we trust, when we rest, when we worship, when we forgive, when we love in return, that is when we live like we are loved.

For God so loved the world that he gave his one and only Son, that whoever believes in him shall not perish but have eternal life (John 3:16 NIV).

To read more about Dr. McQuilkin’s story, you can read this article at Christianity Today: http://www.christianitytoday.com/ct/2004/februaryweb-only/2-9-11.0.html?start=5

One thought on “He Loves You So”