I don’t think I’m traumatized now because my PE teachers made me play dodgeball as a kid.

But it’s a miracle.

I was terrified of PE on dodgeball days.  Also on kickball days.  The worst moment of every year came when I walked into the gym and the PE teacher pointed to a rope dangling from the ceiling and told us to climb up.

I hated the gymnastics unit since I was the only girl on the planet incapable of doing cartwheels.  I’ve been hit with a softball, basketball, and hockey puck before.  In volleyball, I just prayed no one would serve in my direction.

I was a physical education disaster.

So, it’s little surprise that the other kids were 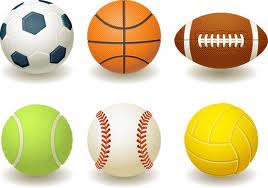 n’t jumping all over themselves to pick me for their team.  It’s a cruel ritual of waiting for some person to have mercy on you and call out your name so you wouldn’t be the dreaded last.

In Part One of this series, I wrote about one kind of person who’d be the first pick on my spiritual dream team.  I’d want a Barnabas, an encourager.  He was a talent scout who could always spot the good in others and would stand up for them against naysayers.

He even had a cool nickname.  His real name was Joseph, but the apostles called him Barnabas or “Son of Encouragement” to show off the great spiritual gift God had given him.

Now, for my second draft pick, I’d choose a guy with a nickname of his own: James, AKA “Camel Knees.”

James, the half-brother of Jesus, became the head of the Jerusalem church.  One thing is clear about him: He knew God’s Word through and through.

When Paul appeared before James and the Jerusalem council in Acts 15 to present his case for evangelism to the Gentiles, James immediately referred back to Old Testament prophecy (Acts 15:16-18).  He had the power of God’s Word at instant recall.  There was no lengthy pulling out of a concordance or searching through scrolls.

James had committed Scripture to memory and used it to inform his decisions and to give advice to those who needed it.

Clearly, this is a man who clocked significant time in the study of God’s Word and all that time in Scripture had convinced James of one thing.

In her book, James: Mercy Triumphs, Beth Moore tells us the early church called him ‘Camel Knees’  “because he knelt and prayed so long that he developed thick calluses” (Beth Moore, James, p. 177).

James began his letter to the church with a call to faith-filled prayer: “If any of you lacks wisdom, you should ask God, who gives generously to all without finding fault, and it will be given to you. But when you ask, you must believe and not doubt, because the one who doubts is like a wave of the sea, blown and tossed by the wind.” (James 1:5-6).

He ends his book by coming full circle and exhorting the church once again to pray with great faith about all things:

“Is anyone among you in trouble? Let them pray . . .  Therefore confess your sins to each other and pray for each other so that you may be healed. The prayer of a righteous person is powerful and effective.  (James 5:13, 15-16).

If there’s anyone we need on our team, it’s someone passionately in love with God and His Word, who will consistently intercede on our behalf.

Not only do we need someone like that to support us, we need to be that support for someone else.

It may seem an insufficient offering for a hurting friend.  You want to rescue them, make them well, pay off their debts and fix their relationships. Sometimes God allows us to serve others in practical ways by fixing meals, watching children, cleaning a house, or visiting them in the hospital.

There are times, though, when all we can do is pray.

And we say it just like that—“All I can do is pray,”  as if praying isn’t of real value or impact

Yet, James reminds us that “The prayer of a righteous person is powerful and effective” (James 5:16, NIV).

We don’t just pray quick and general prayers of blessing, either.  “Bless him.  Bless her.  Bless them.  Bless this.  Bless that.”

Five minutes in prayer for a few folks in a small group didn’t give James callouses on his knees.

We drop to our knees and pray with intense faith.  The Holman Christian Standard Bible says “the urgent request of a righteous person is very powerful in its effect” (James 5:16, HCSB).  The NKJV translates this verse: “The effective, fervent prayer of a righteous man avails much.

We pray with urgency.  We make fervent requests before God.  As God brings people to mind, take the time to pray specifically and passionately for them because it will have a powerful impact on their circumstances.

And pray this prayer for yourself as you have need—ask God for a James in your life.  Ask that He give you a Scripture-knowing, Godly person who will consistently cover you in prayer.  As James himself says, if you’re in trouble, if you need wisdom, if you need forgiveness, if you need healing . . . pray and ask others to pray with you.  It will make a difference.

Want to read more on this topic?  Check out these posts: