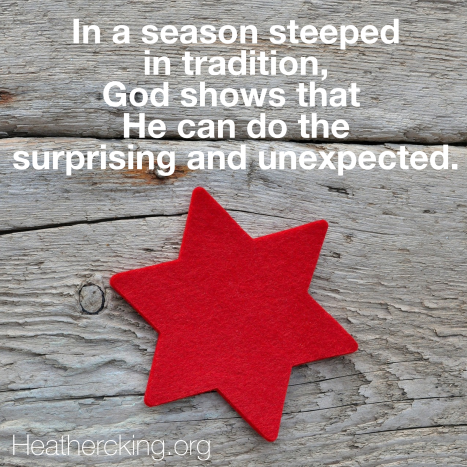 Then, I laid its 13-year-old, well-worn predecessor to rest.

In that old address book, I have crossed out.  I have drawn arrows.  I have swirled over old addresses and entered in new.  I have stuffed envelopes with corrected info into the pages.

This year during ‘Operation Christmas Cards,’ I flipped through that edited mess.  Seven more family members moved this year to new homes in new places.

Most of these are happy moves: The new-job, new-marriage, new-baby kind of celebration.

Others are moves of in-between, of change, of loss and sadness and finding new hope for the future.

Since I have an intense dislike, maybe even horror, of writing in pencil, though, I can’t just erase and start afresh at each new life event.

That’s when I realized the truth.  It wasn’t time for more corrections.  It was time for a completely fresh shart.

It was time to move on.

And it strikes me right at that moment as I fill in the blank pages A-Z, surrounded by Christmas decorations and Christmas cards, that Christmas itself is about moving.

God began that progress, journeying to us:

God’s love was revealed among us in this way: God sent His One and Only Son into the world so that we might live through Him (1 John 4:9 HCSB).

He makes the first move.  He steps into the void we can’t breach, the abyss of sin we can’t possibly cross, and He leaves the glory of heaven for our sake.

Jesus isn’t the only One who moved that first Christmas, though.

“The angel Gabriel was sent by God to a town in Galilee called Nazareth” (Luke 1:26).

Mary and Joseph loaded up the donkey and trekked slowly “from the town of Nazareth in Galilee, to Judea, to the City of David, which is called Bethlehem” (Luke 2:4 HCSB).

The angels arrived on the hillside to announce the Savior’s birth to shepherds and then “left them and returned to heaven” (Luke 2:15 HCSB).

Then, those shepherds in their excitement said, “Let’s go straight to Bethlehem and see what has happened” (Luke 2:15 HCSB).

Days later, a man named Simeon was guided by the Spirit and went straight to a GOd-appointed place:  “he entered the temple complex” (Luke 2:27 HCSB).

Wise men from the east searched the night sky and could no longer remain at home, complacent, apathetic, mildly interested but not engaged when they saw the mysterious star.

They must have left so much  behind:  Family, possessions, homes, a culture they knew and friends they loved.  Maybe they left position and power in the dust in order to arrive in a foreign land as strangers and outsiders searching for a King they couldn’t describe whose name they didn’t know.

Where were they going?  They did not know.  When would their journey end?  They could not say.

Just like Abram long before, the Magi left their homes to travel to an unknown destination for an uncertain amount of time.

Friends must have called them crazy.  Family might have questioned their sanity.

Yet, they kept moving because a star “led them until it came and stopped above the place where the child was ” (Matthew 2:9 HCSB).

CHRISTMAS IS ABOUT THE FAITH OF MOVEMENT, ABOUT FAITH IN ACTION.

NO STANDING STILL.  NO REMAINING THE SAME.  NO STUBBORNLY REFUSING TO LEAVE THE OLD IN PURSUIT OF GOD’S WORK ANEW.

In a season steeped in tradition, God shows us that He can do the surprising and unexpected.  He is at work.  He is in motion.

Christmas is angels and shepherds, sages and a teenage girl, the righteous and the ordinary, all abandoning their plans, agendas, comfort, and homes, leaving it all behind so they would not miss what God was doing.

ARE WE SO WILLING TO MOVE?

I’ve finished filling this new address book now and for a while at least everything is settled and set.

Yet, I’m hushed with expectancy.  I’m at the feet of Christ with anticipation.  I’m asking the question and I’m silent, breathlessly waiting for the answer He gives:

“God, what are you doing and how can I be there?  I don’t want to miss it by refusing to move when you move. Lead me this Christmas.” 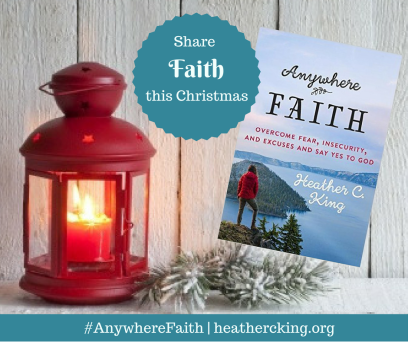 Would you consider sharing the message of Anywhere Faith with others this Christmas?  Click here to visit the book page on Amazon.  Thanks!